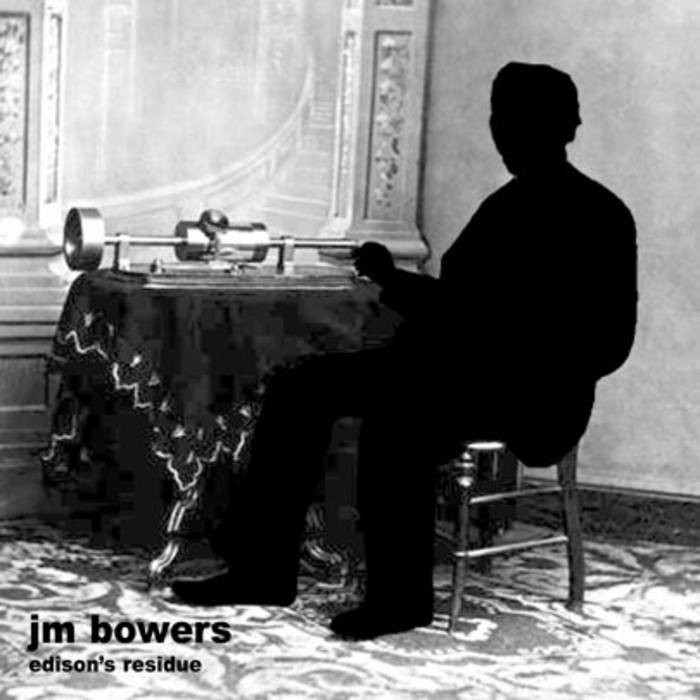 At Menlo Park, 21st November 1877, the phonograph inscribes Thomas Edison's voice reciting 'Mary Had A Little Lamb'. The machine records not just its inventor's voice but also the whirring of the mechanism turning the tinfoil coated cylinder and anything else that happens to be in range. The foil itself demands to be heard too, its crinklings on replay sometimes drowning out Edison's clipped tones.

On hearing this recording, or more probably a version of the re-recitation Edison did in 1927 towards the end of his life, so far are we away from this original event, I decided to make something of it. I ran the recording I had through state of the art noise reduction software but, for a change, I kept the 'residue', the noise left behind after the 'signal' (Edison's voice) was extracted. These traces of the medium of his recording seemed to be the right ingredient for a bit of pseudo-Victorian turntablism.

Along with the residue of the absent inventor, I included other sounds which are normally peripheral or banished from good recording practice and exaggerated them: microphone handling noise, feedback, not very sensible gain-structure along a chain of three DJ mixers so that background noise accumulated alarmingly, contact microphones which were touched directly and loosely fitted to the surface they were to pick-up, switching things on and off with faders up. That sort of thing.

I resolved to devote an anniversary of Edison's death, 18th October, to recording a day's worth of improvisations using these materials, variably mixed and mashed up, in particular using my The Reincorporation Machine Max/MSP software. This plan had some macabre charm to it. However, something came up and, being more fond of ritual than authenticity, I did the recordings a few days later rather than wait a year.

Edison's Residue is a set of six 'variations' composed out of the improvised material captured on my day of overdue solemnity. Naturally, these pieces are dedicated not to Thomas Edison, but to Charles Cros, poet, writer, inventor, absinthe drinker, whose letter of the 30th April 1877 to the Academy of Sciences in Paris described in detail a mechanism for recording the voice which he never quite got round to building.