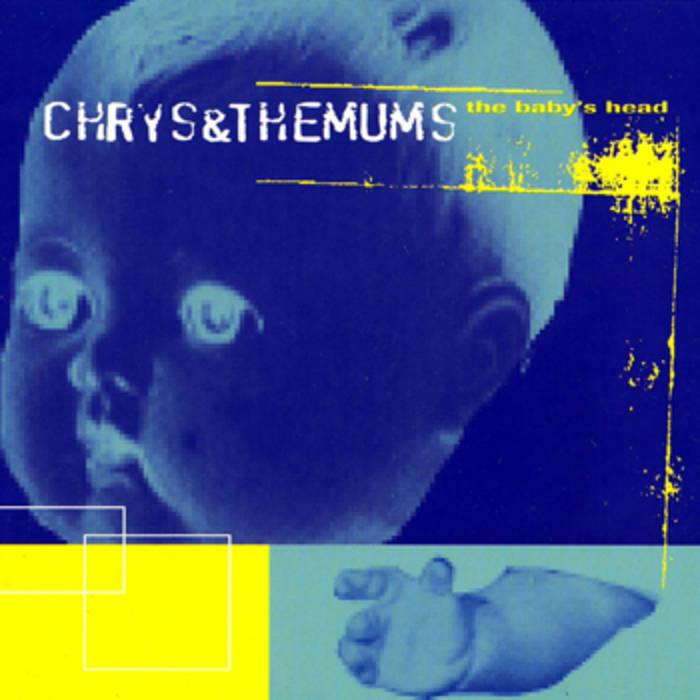 Released in 1997 on the German JAR Music label.

Review in Amplifier magazine (US)

East London singer/songwriter Yukio Yung (his mum named him Terry Burrows, under which name he's a much-published author of guitar and computer instruction books) is a stunningly prolific, remarkably brilliant popsmith who nowhere near enough people, especially in the United States, know about yet. The continuum of eccentric British popsters that began with Ray Davies and has continued through Robert Wyatt, Andy Partridge, Robyn Hitchcock, Bid, Daniel Treacy and Martin Newell. Likewise, Yukio has a remarkable knack for melodies that stick in your head for ages on one listening, love songs with choruses like "It's time we tried to make our molecules collide" ("1000 Tiny Pieces") and almost-conversational shaggy dog stories like "Founding My Religion." The Baby's Head, the latest release by one of Yukio's many projects, Chrys&themums (formerly The Chrysanthemums, under which name they released a song-by-song cover of the Zombies' entire Odyssey and Oracle album) is an excellent introduction to Mr. Yung. Here's a singer/songwriter skilled in any number of styles: psychedelia ("The Things Around the Picture"), insistently catchy guitar pop with a strong British Invasion influence ("Like Billy Ocean Said," "Not That Much"), pleasantly spacy explorations not unlike the Bevis Frond at their poppiest and least wanky ("Getting Off A One-Way Train" and the lovely extended closer, "Never Knowingly Understood"), garagey instrumental raveups ("The Test Tone Five") and heaping doses of pure pop bounce (the brilliant "Rainy Sunday Saints" and the unbelievably Kinks-ish "We've Gone Too Far"). Perhaps the most remarkable thing about The Baby's Head beyond its melodic and lyrical strengths is its construction: Every element of this album, from Yukio's guitar, keyboards and vocals to Vladimir Zajkowiecz's bass and Andy Ward's drums was in some way manipulated on Yung's Macintosh so that the album was finally entirely computer-generated. This in itself is not at all uncommon--artists from Nine Inch Nails to Wire have done this before. But never before have I heard a computer-made album that sounds so, well, alive. This music has a very human heart at its core. Either under his own name or with Chrys&themums, Yukio Yung is an undiscovered treasure. **** 1/2